True Level has been working in the Mount Pleasant region of East Vancouver very frequently due to the soil conditions of the area. It was actually the neighbour of a previous job which True Level completed work in late 2017. Although the houses were close to each other, the foundation differed and True Level had to use a different technique to lift and stabilize the interior floor.

Imagine dropping a meatball off your plate onto the floor, and it rolls all the way to the other side of the house. Yes, not exaggerating. The house was off level by 11 inches in the worst corner.

There was many signs showing that this house had foundation problems from outside the house, basement, and upstairs.  The outside had visible foundation cracks, gaps between the framing and brick, and the chimney was leaning away from the house. All of the sidewalks had sunken and were also failing with the house. In the basement, more visible cracks in the foundation were seen. Vertical cracks showed where the house pivoted and began to settle. The interior slab settled and was cracking badly. Moving upstairs, one could see drywall cracks and the sloped floors. All of these visual signs of settlement were an indication that something needed to be fixed. The homeowner called True Level to assess the situation and came up with the best, permanent solution. Before any other renovations occured, the foundation needed to first be stabilized.

Our crew leader, JT, explains the on-site process of lifting and stabilizing foundation at the home. 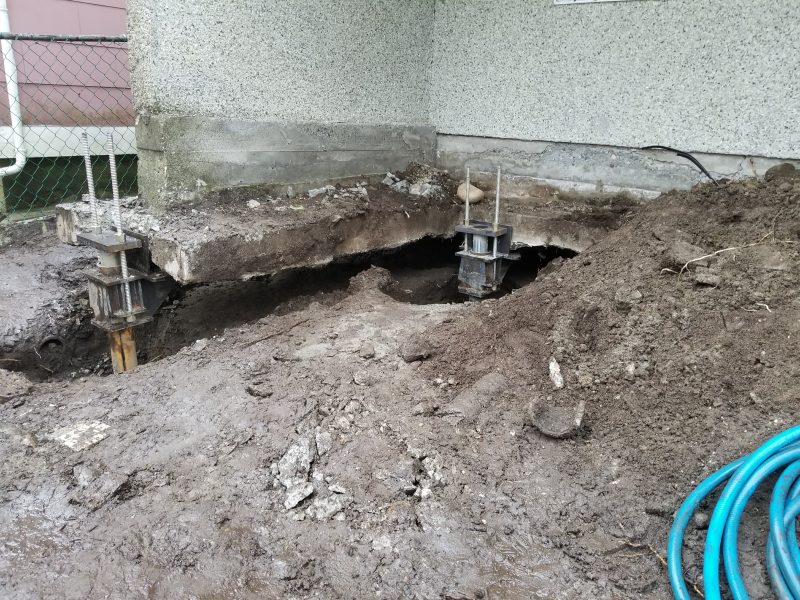 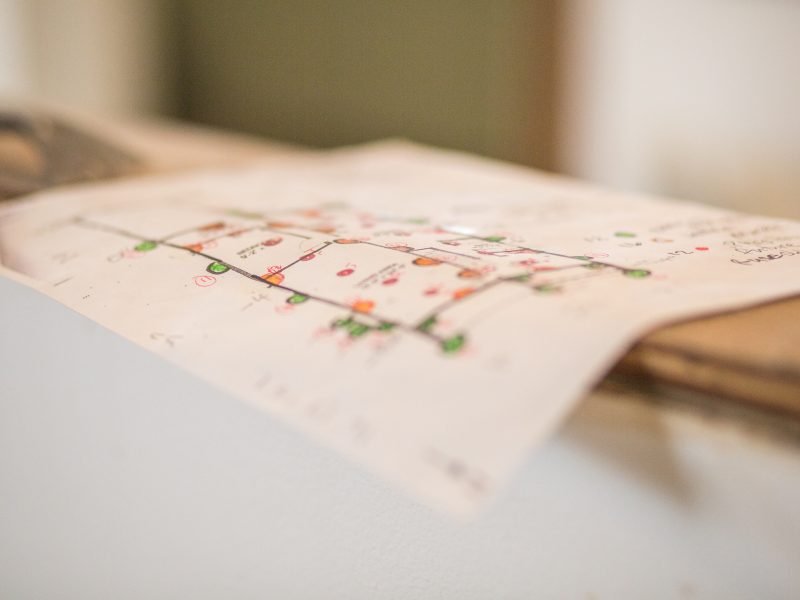 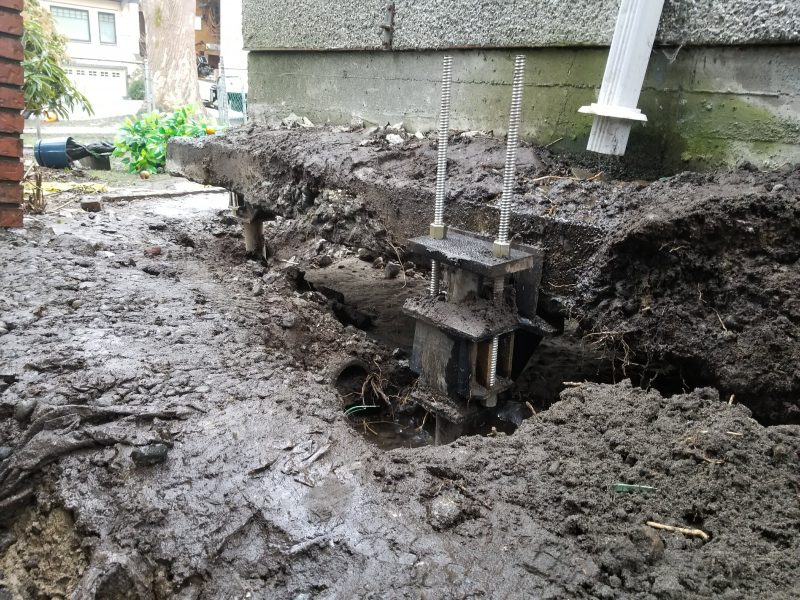 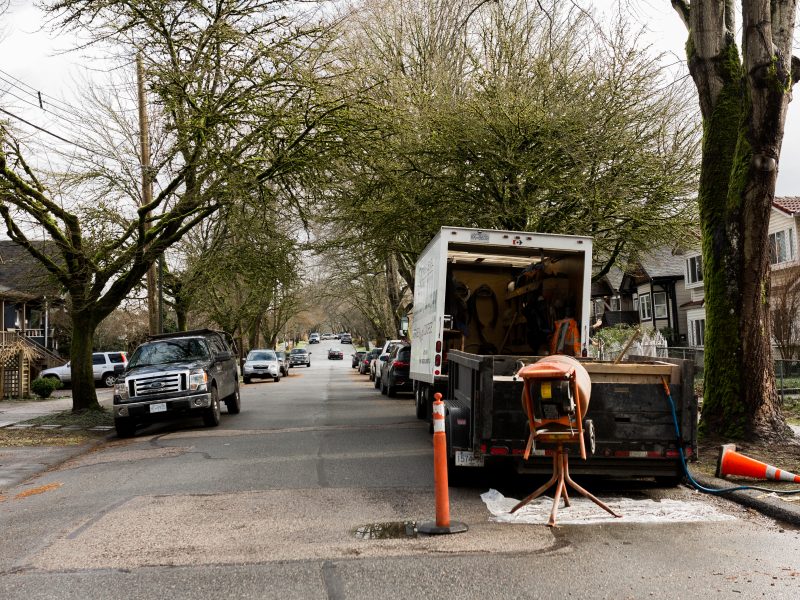 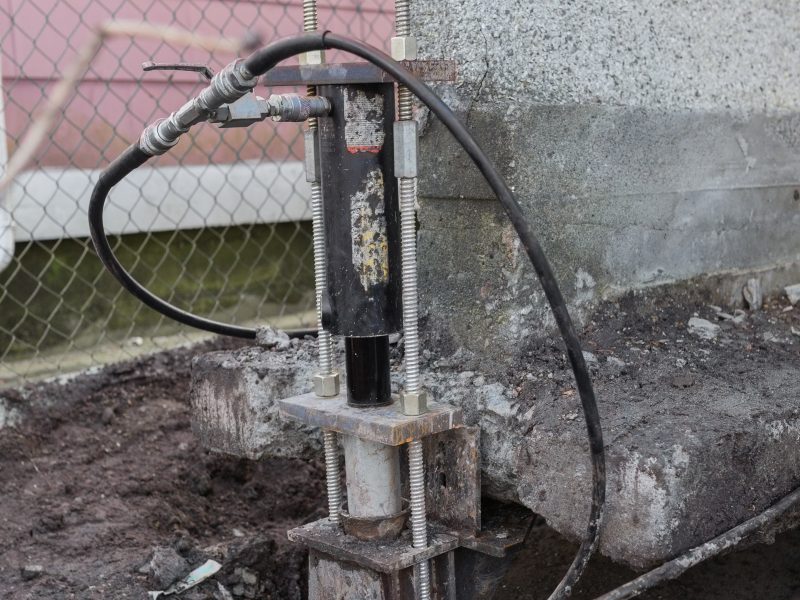 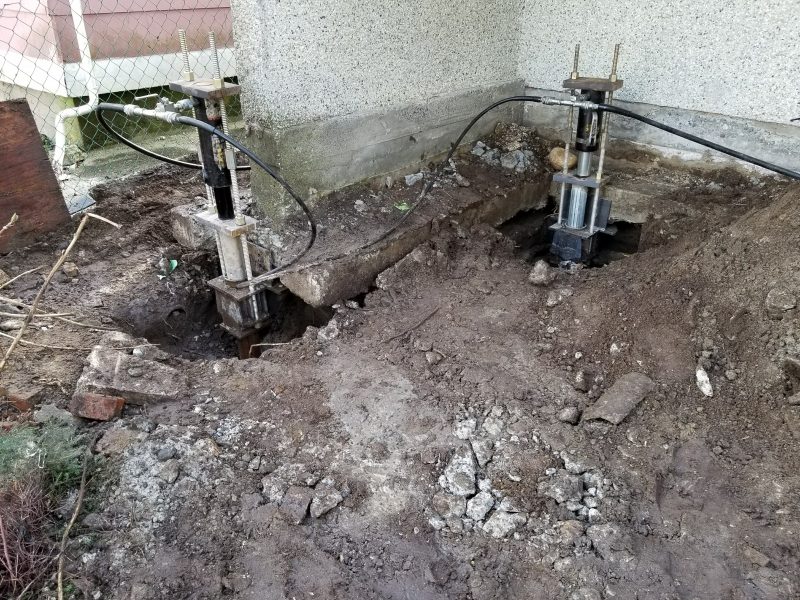 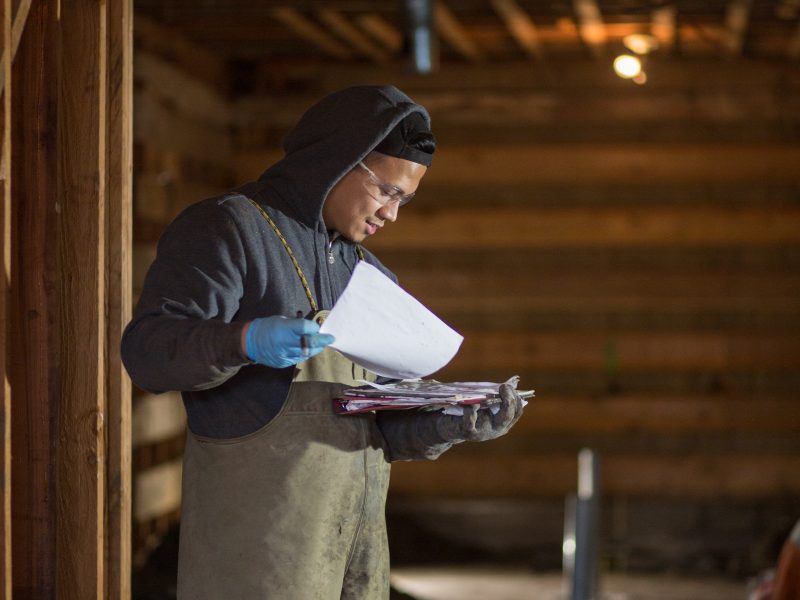 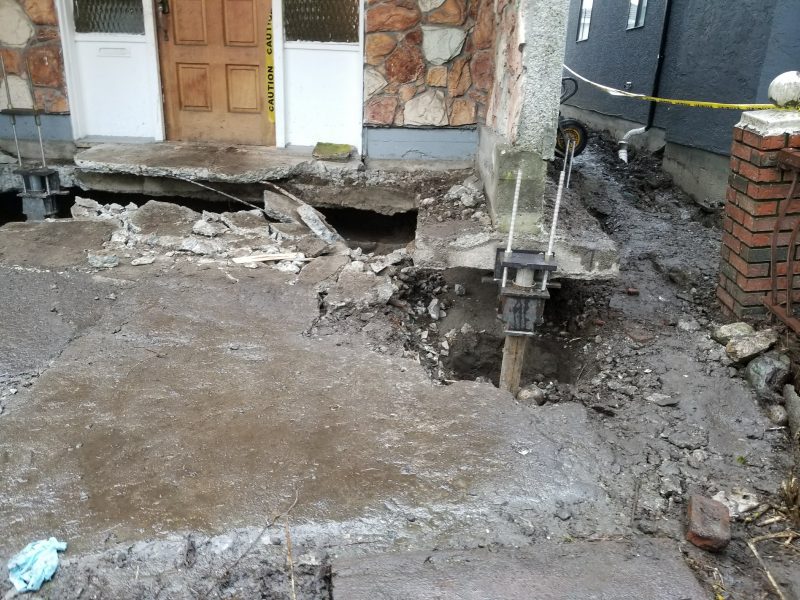 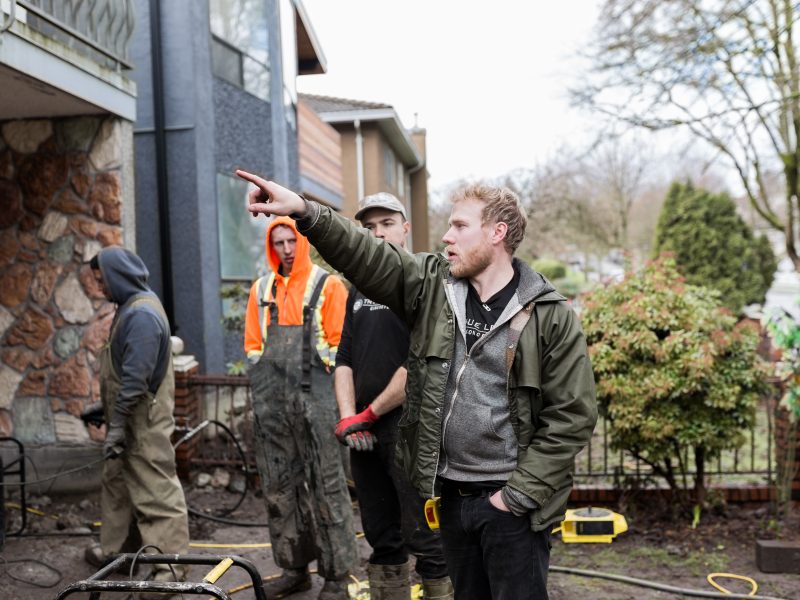 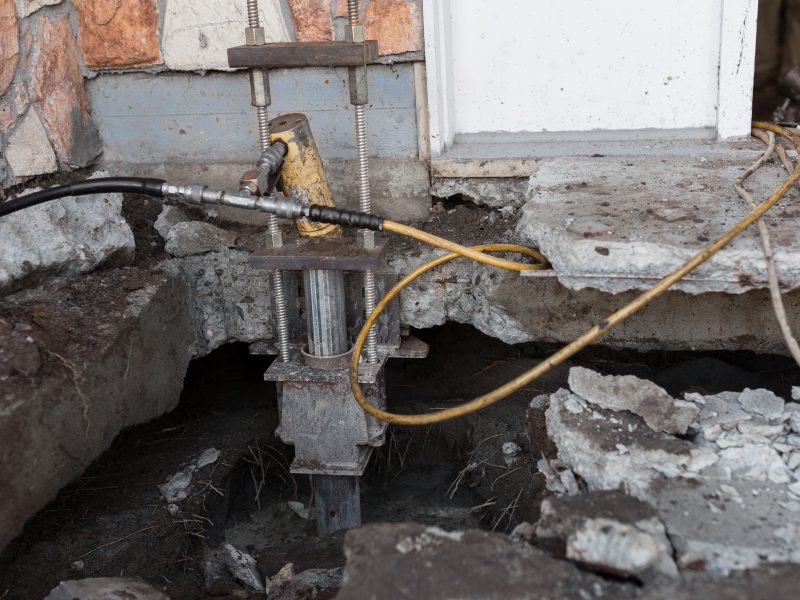 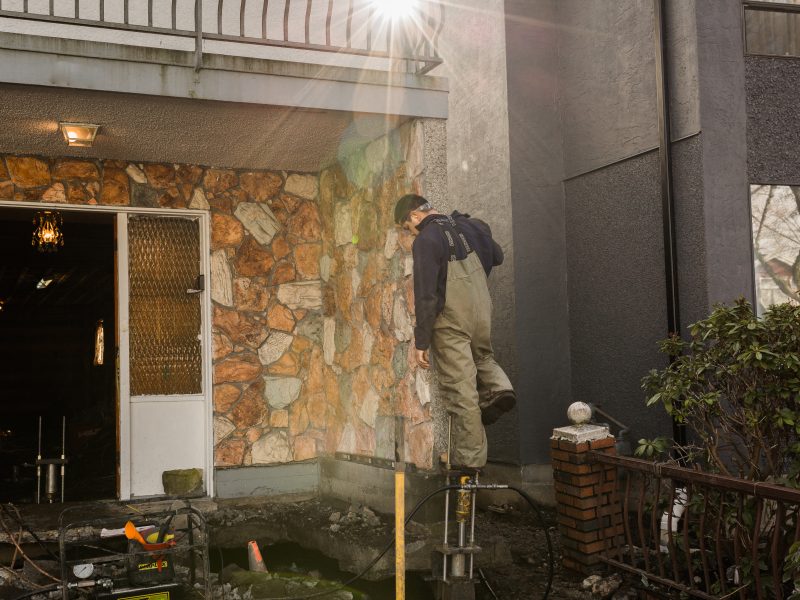 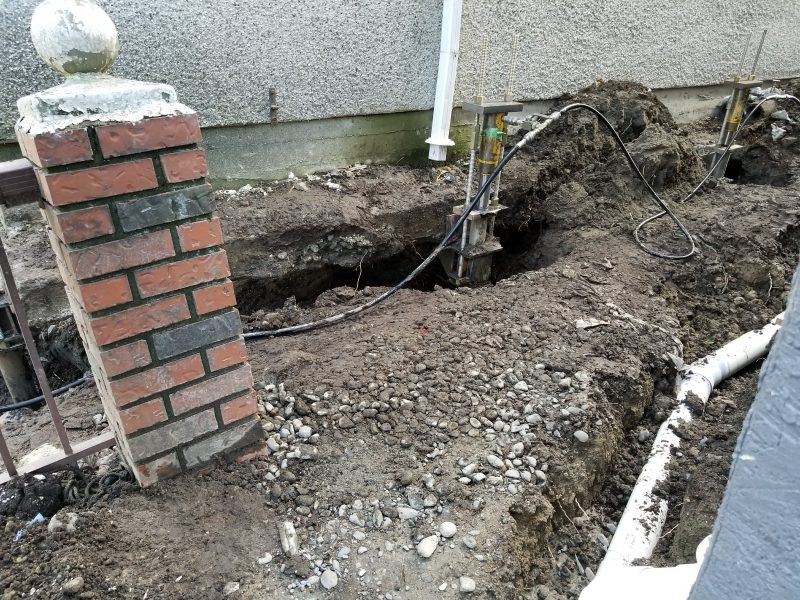 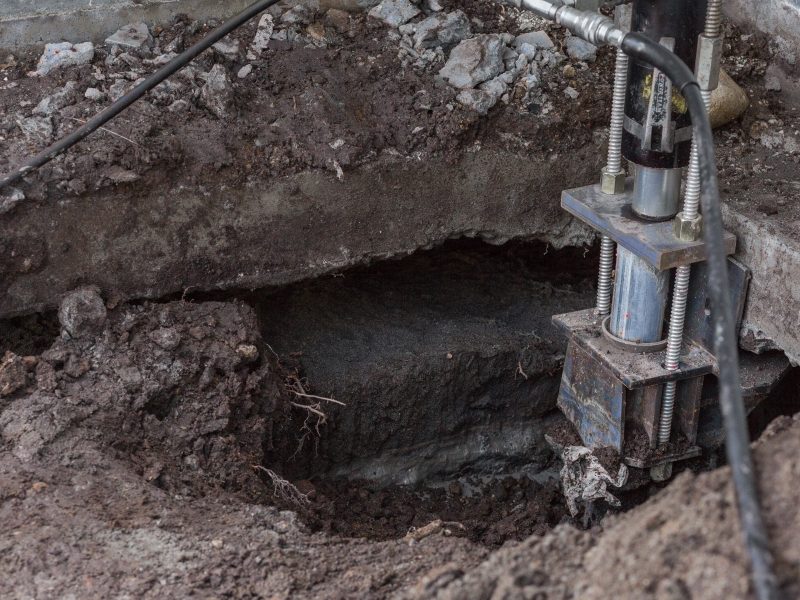 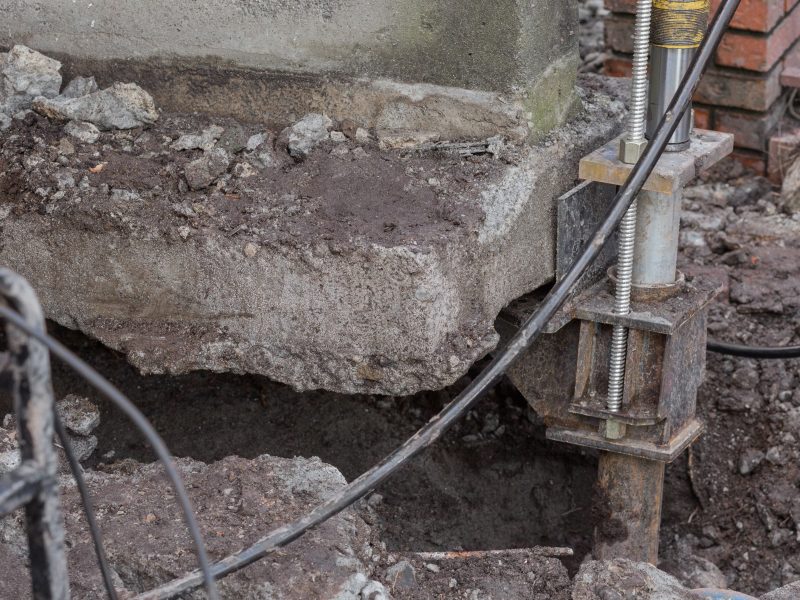 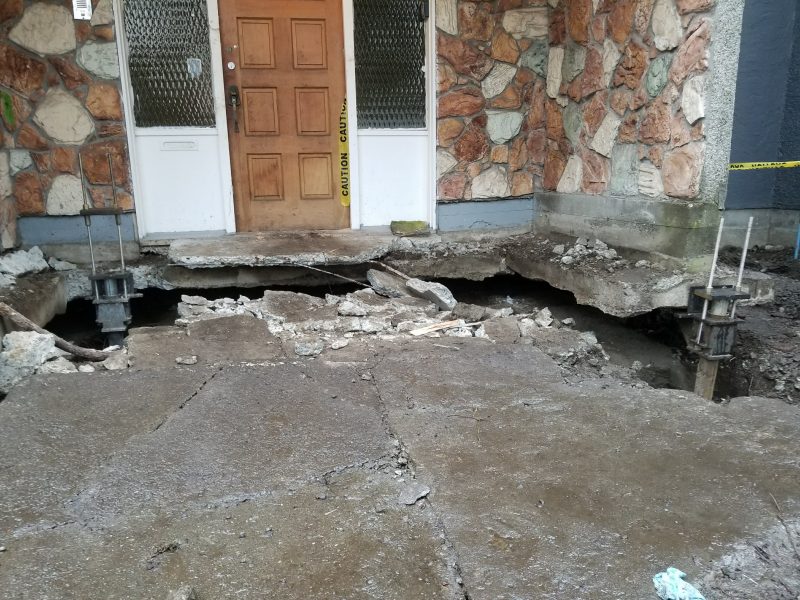 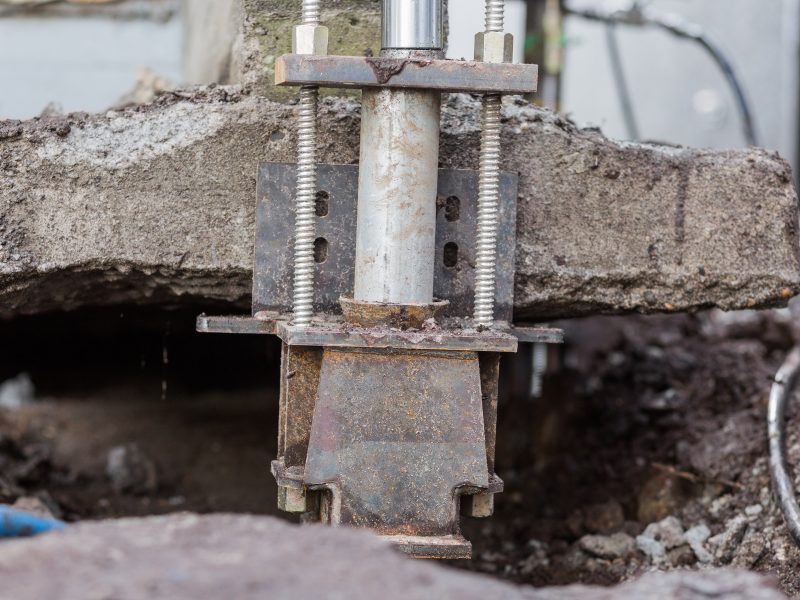 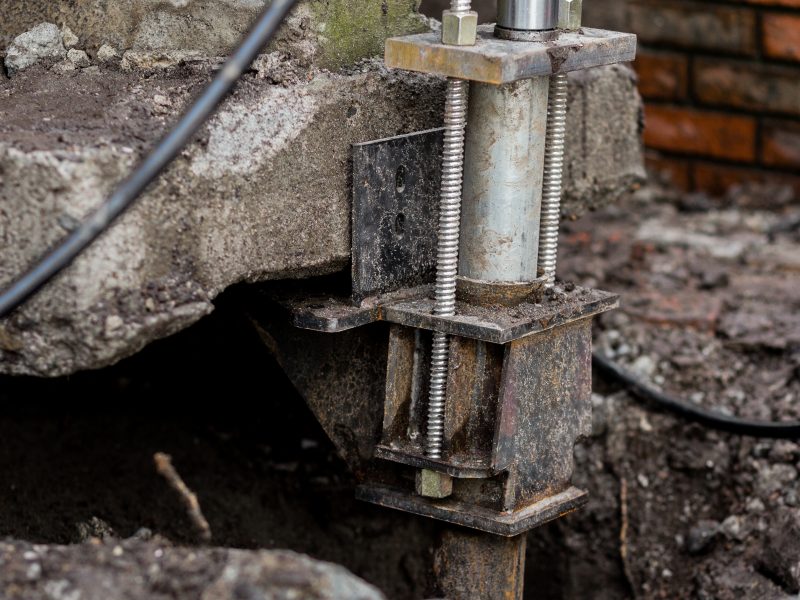 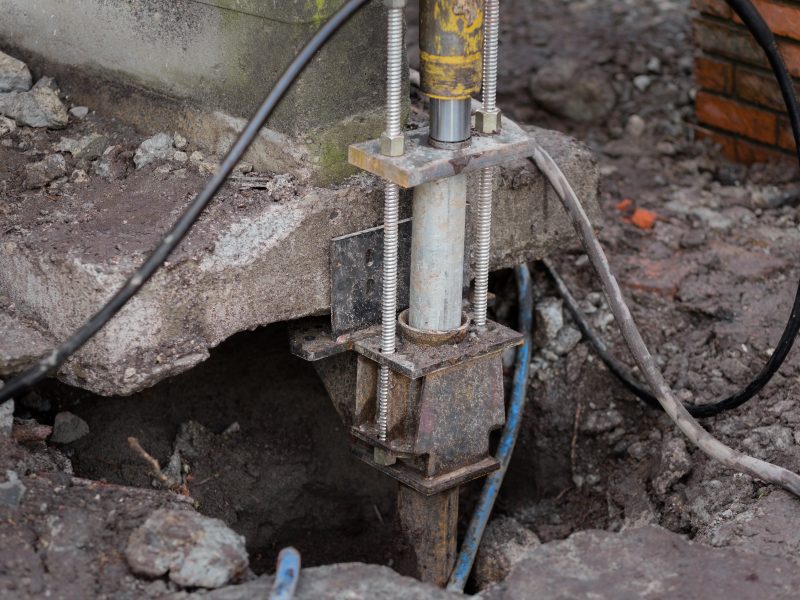 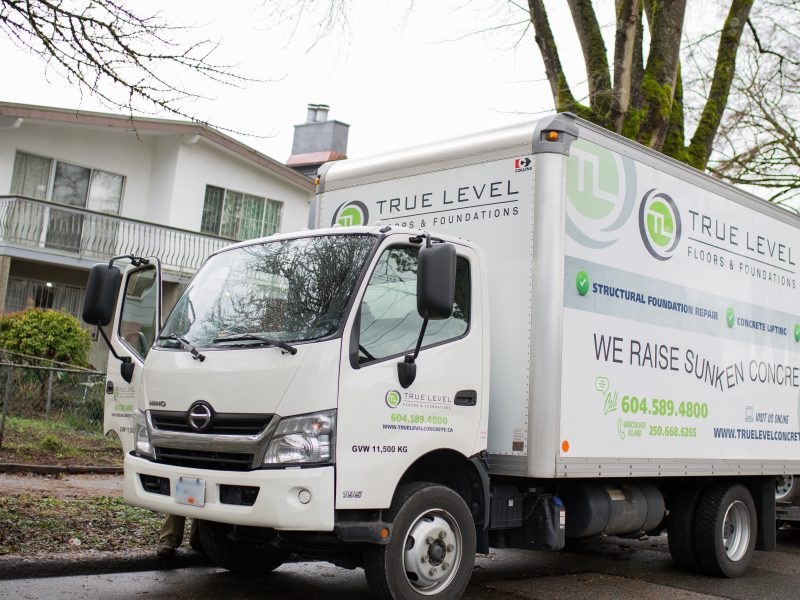 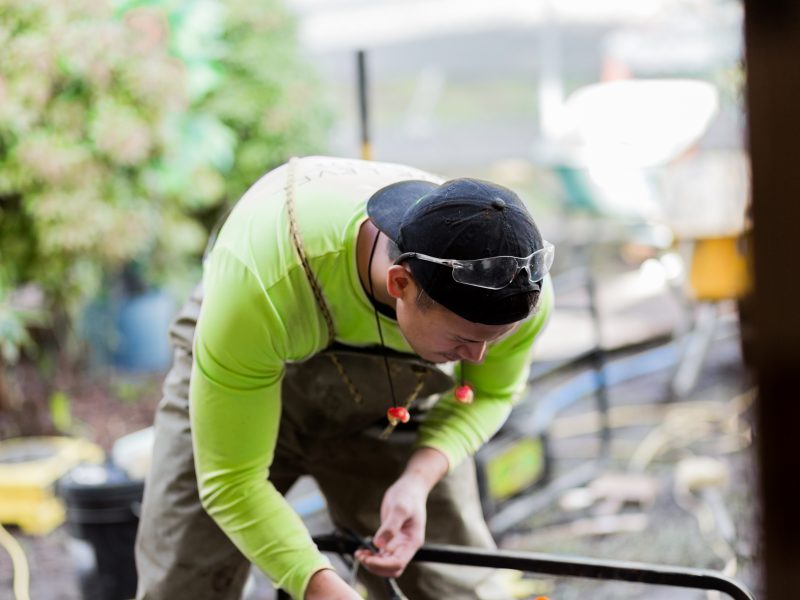 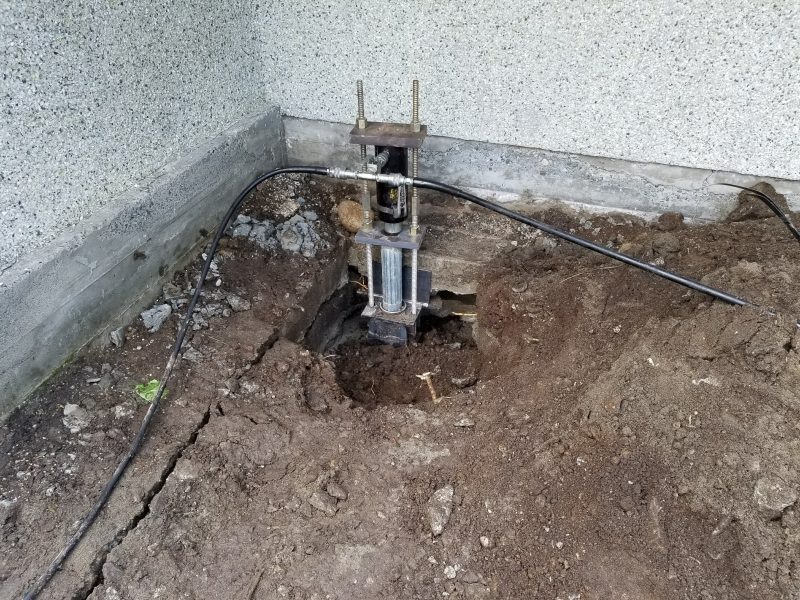 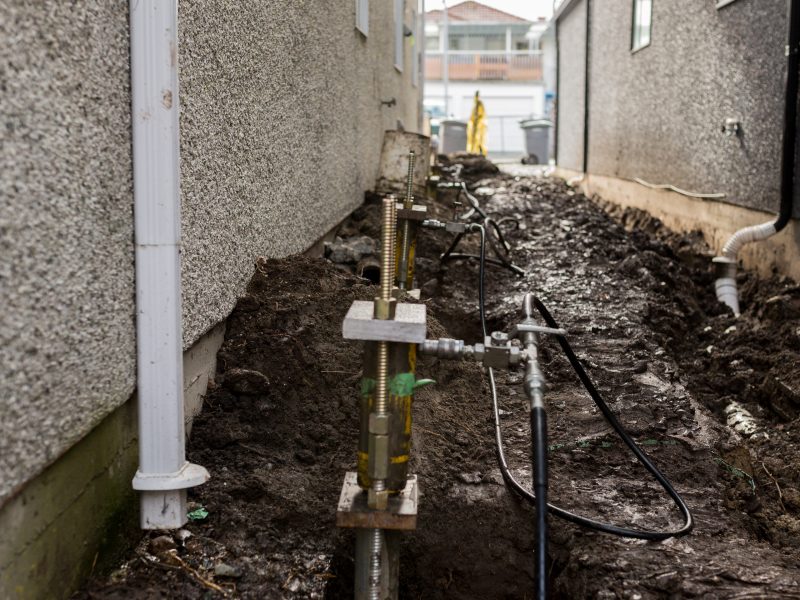 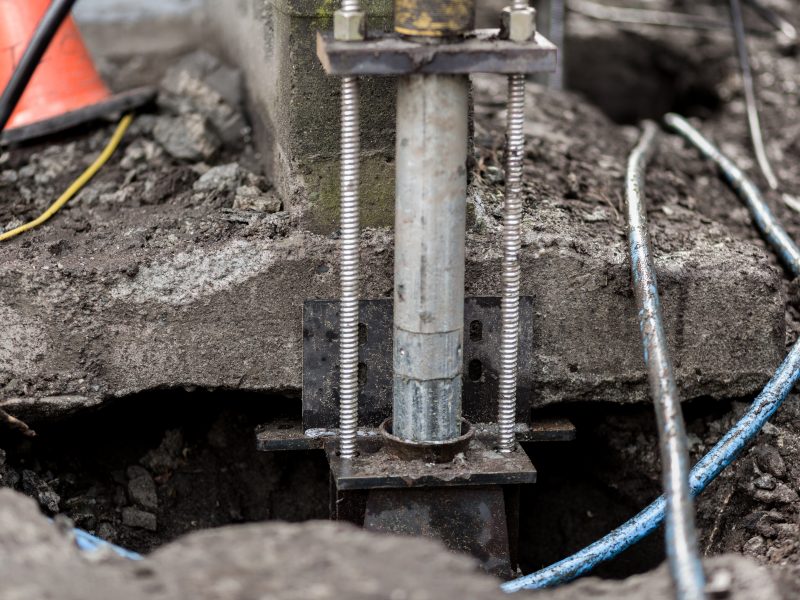 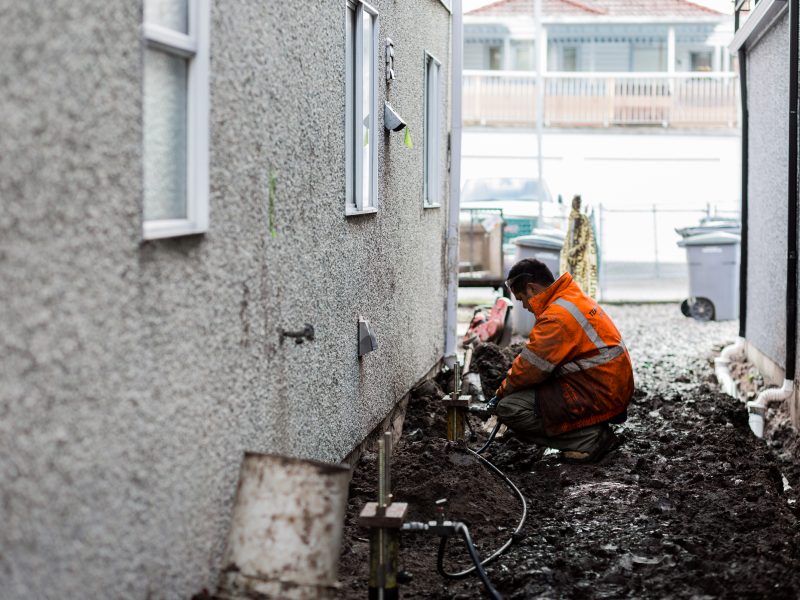 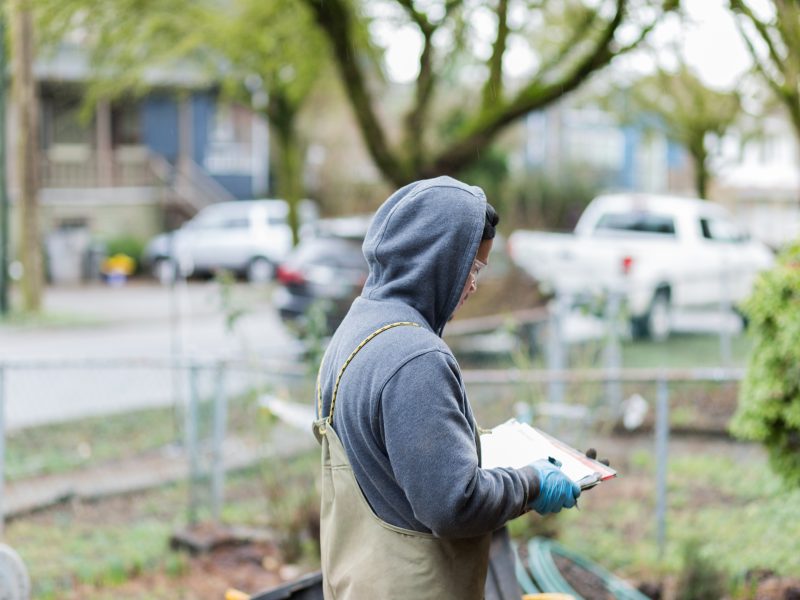 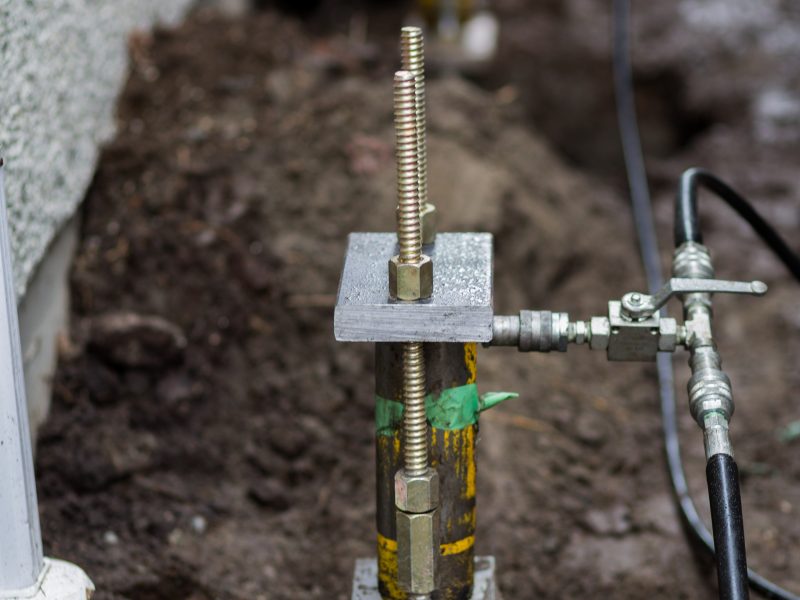 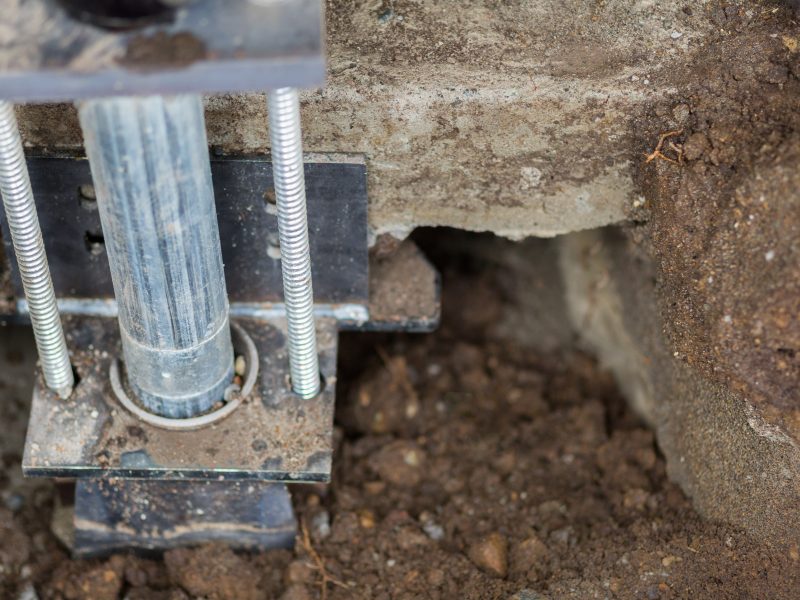 True Level provided a cost-effective solution to lift and stabilize the home. We used the process of Push Piers, which is driving galvanized steel columns down to the adequate bearing soils using the weight of the house, foundation, and/or interior concrete slab. The process of push piers is described in detail on our products page. To stabilize the slab floor, since it was poured separately from the foundation, we used our slab piers. We core an 8 inch hole in the slab and use the weight of the floor to drive our piles 40 feet below.

The exact process is as follows: